US crude futures plunged more than 99% on Monday to the lowest price on record as storage space for U.S. crude was filling up, discouraging buyers even as weak economic data from Germany and Japan cast doubt on when fuel consumption will recover.

Physical demand for crude has dried up, creating a global supply glut as billions of people stay home to slow the spread of the Covid-19.

The June WTI contract is trading more actively at a much higher level of $22.25 a barrel. The spread between May and June was more than $19, the widest in history for the two nearest monthly contracts.

Investors bailed out of the May contract ahead of expiry later on Monday because of lack of demand for the a ..

Refiners are processing much less crude than normal, so hundreds of millions of barrels have gushed into storage facilities worldwide. Traders have hired vessels just to anchor them and fill them with the excess oil. A record 160 million barrels is sitting in tankers around the world.

"The storage is too full for speculators to buy this contract and the refiners are running at low levels because we haven't lifted stay-at-home orders in most states," said Phil Flynn, an analyst at Price Futures Group in Chicago. "There's not a lot of hope that things are going to change in 24 hours." 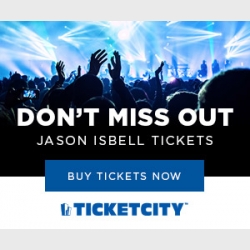